How To Start Your Change Process - The First Of Three Essentials

You are reading the introduction and first of three essentials in our series about how to start your change process.

Thus far, container ports have not been significantly different from each other. Some ports manage to generate higher throughput rates or more customer-centric services than others, yet their overall core and additional benefits remain the same. The particular challenges of premium land costs and immense asset investments mean ports need to be creative in order to remain competitive or even get ahead of their competition.

Digitization is the new Normal, Show me More

It is clearly an achievement to abandon fax and paper forms, but being up-to-date with the conversation from analog to digital won’t make the cut. Digitalization is, compared to digitization, the effective implementation of digital technologies and data to transform processes, if not the creation of entirely new ways of working that result in additional value propositions or operational improvements. Since customers’ expectations grow alongside universally available technological development, being up-to-date is essentially a hygiene factor - no customer is overly excited when market demands are simply met and not exceeded. Inspired by Alice in Wonderland, this constant race to remain on par with the market is referred to as the Red Queen Effect: “Now, here, you see, it takes all the running you can do, to keep in the same place.” Unique selling propositions have become an exception, with market players cautiously approaching adaptation. What could you do to stand out? To distinguish yourself from competitors and exceed customers’ expectations, you need to jump into the fog.

Leading-edge Comes from Mindset - not from Technology

One might ask why certain ports, such as Singapore, Rotterdam, and Los Angeles continuously rank amongst the most innovative in the industry. Without a doubt, strong business expertise, financial resources, and available talent are among the most critical factors. However, these organizations also share a growth-oriented mindset that has been allowed to flourish over time. Evidently, there are courageous people within the container-terminal business who dare to “fail forward” and keep pushing the technological envelope. With change being the only constant in business and life, you can either embrace it or get chased by it. In practice, organizations may plant this idea by assembling a change-oriented team characterized by a growth mindset, entrepreneurial spirit, hunger to learn, and risk affinity, led by a change champion with an inspiring vision. For a team of change enthusiasts, the upcoming three concepts are fundamental to initiate change (further reading: [1] Caldwell, 2013).

Brief metaphor. Fitting for the industry, allow me to use a seafaring metaphor: We are on a ship in the middle of the ocean. After an intense storm, the captain is convinced that the ship is off course. What should he do? Naturally, the first thing most would think of is to find out what our current location is and where we are headed, in order to make timely and appropriate adjustments. In a similar fashion, Charles Handy’s sigmoid curve helps us to understand the status quo of our organization and determine the proper timing to adjust its course of action. It’s a simple model, yet for many this proves to be an eye-opening idea. Essentially, what it shows is that by the time you know where to go, it’s usually too late; it distinguishes the moment in which change is desperately needed from the moment when initiating change is ideal.

Longer explanation. Think of the curve in Figure I as a business innovation life-cycle. Once approved by the early adopters during the early-stage development, the innovation’s sales begin to take off. As the benefits become evident to others, sales and adoption soar in the growth phase. While patents and tacit knowledge offer useful protection, competitors will eventually launch similar products, profit margins will decrease, and sales growth will slow due to competition and market saturation, leading to a flattening of the curve in the maturity phase. Subsequently, the business’ decline accelerates with the advent of new, disruptive innovation that supersedes its capabilities. There are countless examples of organizations failing to time change properly, distracted by milking their cash cows. A well-known case outside the shipping arena is Nokia, relying on their incremental improvement while missing the smartphone as an entirely new trend. In the port industry, we experienced a major technological shift through the containerization beginning with the ISO container standards in 1968. Surprisingly, many ports failed to adapt in time. One of such was the port of Philadelphia in the US, which could have developed to a main hub if it had made bolder investments at an earlier stage [3].

The key takeaway is that one should initiate change at point B. The business’ dilemma, though, is that the costs probably outweigh the potential benefits in the short-run; an investment in uncertainty is very difficult to gain buy-in for. Therefore, managers are often inclined to wait and hold off investing in change and secure temporary improvement in their outcomes. Following the path of least resistance brings us to point A, where the business finds itself in decline and the need for change becomes unmistakably clear. If an organization fails to adapt to its ever-evolving environment in a timely fashion, it will find itself not only falling behind but in a position where significant losses are inevitable and external disruptions cannot be overcome.

When following a planned approach to business growth, change should come sooner in the process before the business inevitably finds itself in crisis. As soon as the adaptation of the change progresses after a well-timed implementation, the outcome curve will start climbing up the axis again: this is where the trajectories of the solid and the dotted lines diverge, and where the long-term strategies of forward-thinking businesses begin to bear fruit. In order to keep on course towards our bold visions of the future, we should look out for the right exit for change and never rest on our laurels. A great example of this future-proof mentality is to be found in the Port of Rotterdam, which proactively exposes itself to lots of new business ideas and criticism, working with many bluetech startups within the city of Rotterdam and beyond. This push to think ahead and exceed the norm, in Rotterdam as elsewhere, is driven by a simple realization: what got us here won’t get us there. 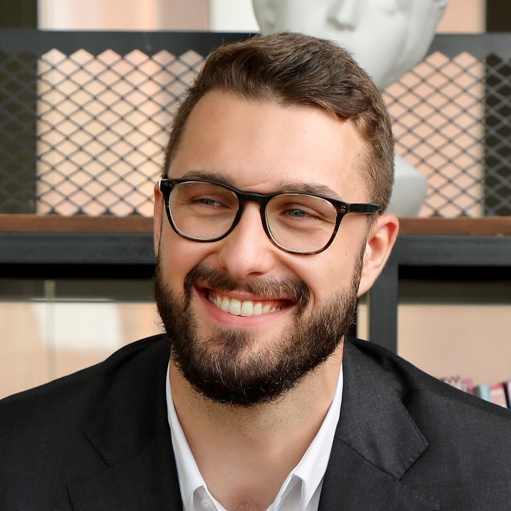 [3] Levinson, M. (2016). The Box: How the Shipping Container Made the World Smaller and the World Economy Bigger-with a new chapter by the author. Princeton University Press.